Get the full list of UEFA Champions League injuries and suspensions. Latest injury news for every team and football player.

The UCL is the biggest club football competition in Europe, with the best teams competing against each other for the European Cup. On our UEFA Champions League injury news page, you can view the latest team news and betting information.

It’s fantastic to get the latest UCL team news, with UEFA Champions League injuries and suspensions often having a bearing on the outcome of matches. This information will help you place bets that stand a better chance of winning. You can see what players are injured for each match, while there is also information about bans.

Scorebet24.com presents you with predicted lineups and the confirmed teams and starting 11s when they are announced. 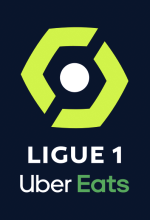 Click on the hamburger menu/bar icon to open and select Other Leagues Injuries.

WHAT ARE UEFA CHAMPIONS LEAGUE PLAYERS ARE INJURED?

This tournament is one of the most popular football competitions for betting, and UEFA Champions League injuries are vital when weighing up the latest bet. Our Champions League injury news is up-to-date and documents the number of injured players missing from each side along with how long they’re likely to be absent. In addition, our predicted lineups reflect the injuries that each team have at that moment in time.

When a player receives a red card, it leads to a UCL suspension and causes them to miss future games, while the same applies if many yellow cards are received. The UEFA Champions League suspensions can often see key players miss a particular fixture, with a ban sometimes ruling players out from competing in the quarter-final, semi-final or final. So keep a watch of the suspended players.

If you’re playing UEFA Champions League fantasy football, you want to choose a team of players who will be free of injury, and we can help all fantasy managers work out the best selections to make.

Our list of Fantasy Football Champions League injuries will provide you with a club-by-club guide when it comes to which players are unavailable for the next game, with details of their injuries outlined along with their expected length of absence. Some players might be suspended for the next clash, and we’ll outline this too in our UCL injury report.

The competitions feature elite clubs from virtually every European country, and we can keep readers up-to-date with the players who are missing for their respective clubs. The UEFA Champions League injury table and report are worth checking whether you are placing single or accumulator bets. At the same time, the UEFA Champions League betting tips are freely available for all the big games, and our experts take into account the injuries and suspensions affecting each club.

Get latest news and TIPS to your inbox

We use cookies on our website to give you the most relevant experience by remembering your preferences and repeat visits. By clicking “Accept All”, you consent to the use of ALL the cookies. However, you may visit "Cookie Settings" to provide a controlled consent.
Cookie SettingsAccept All
Manage consent

This website uses cookies to improve your experience while you navigate through the website. Out of these, the cookies that are categorized as necessary are stored on your browser as they are essential for the working of basic functionalities of the website. We also use third-party cookies that help us analyze and understand how you use this website. These cookies will be stored in your browser only with your consent. You also have the option to opt-out of these cookies. But opting out of some of these cookies may affect your browsing experience.
Necessary Always Enabled
Necessary cookies are absolutely essential for the website to function properly. These cookies ensure basic functionalities and security features of the website, anonymously.
Functional
Functional cookies help to perform certain functionalities like sharing the content of the website on social media platforms, collect feedbacks, and other third-party features.
Performance
Performance cookies are used to understand and analyze the key performance indexes of the website which helps in delivering a better user experience for the visitors.
Analytics
Analytical cookies are used to understand how visitors interact with the website. These cookies help provide information on metrics the number of visitors, bounce rate, traffic source, etc.
Advertisement
Advertisement cookies are used to provide visitors with relevant ads and marketing campaigns. These cookies track visitors across websites and collect information to provide customized ads.
Others
Other uncategorized cookies are those that are being analyzed and have not been classified into a category as yet.
SAVE & ACCEPT